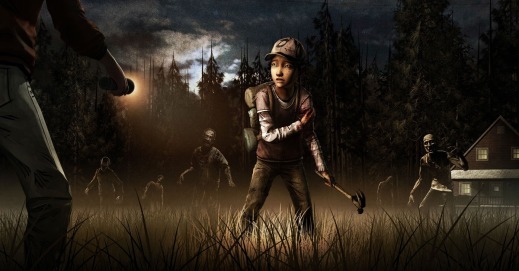 Last year, Telltale Games shocked most of the gaming world with one of the most gravitating adventure game to come out. Today, they released “Season 2” of The Walking Dead which is based on the Robert Kirkman comic book.

Decide who lives and who dies past the jump as you read my review.

I start by saying that I will not spoil anything that happens in the first episode; but I will spoil events that occur in “Season 1.” So if you have not played “Season 1” then I have to ask, “What the hell are you waiting for?”

“Season 2” follows-up with Clementine after the finale of “Season 1” and the death of Lee which I found to include one of the hardest decisions I have ever made in video games. Clementine has reunited with “Season 1” alums Omid and Christa in the zombie apocalypse.

As far as Episode 1 of “Season 2,” they have already taken my breath away with only a fifth of the way done. I truly enjoyed playing as Clementine and the very mature decisions you make for her. Maybe I shouldn’t use the word “enjoyed,” but after a whirlwind of zombies and life/death decisions; I couldn’t wait for more.

As we know from the previous season, The Walking Dead provides different choices to progress through the season. The decisions were almost half the fun as you discussed why you and others came to those decisions. “Why’d you save Carley over Doug?” “Did you steal the food from the car?” Those decisions and possibilities of them changing the game later allowed people to play again in various ways. Unfortunately, in “Season 2” the decisions felt arbitrary. At the end of the episode, we are given a look of the percentages of the decisions throughout the episode and already those percentages are decidedly one-sided. This episode may be a one-and-done for me.

Without going into spoilers, I want to talk about the best and worst moments from the game. Remember what I just said about replayability of this episode, well the intensity was enough for five episodes. Clementine is a young girl and you shielded from a gluttony of evil in “Season 1” as Lee. In “Season 2,” there is no Lee and you have to fave the evil head on as you play as Clementine. Several times during the episode, you have to make decisions that would have been heart-breaking for an adult much less an adolescent girl. Actually for a game known for its decisions, I had the hardest time with a required moment. On the other hand, the supporting cast of characters around Clem leave something to be desired. I am unsure where some of the character arcs will proceed after the first episode, but it’s very off-putting to see someone be mean to a little girl for no reason. 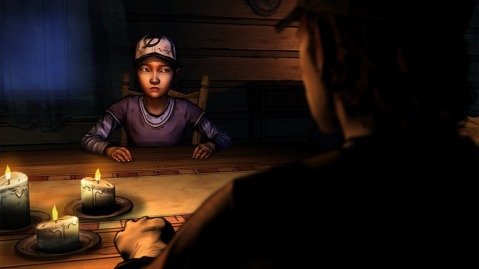 For only the first part of a 5-episode season, “Season 2” begins with a grab to the heart that never really let’s go. Episode one is intense, much more than some may be willing to accept. But if you can bear the emotional turmoil then Episode 1 is a great start to “Season 2” of Telltale’s The Walking Dead.