The Walking Dead Review: S3E16 “Welcome to the Tombs” 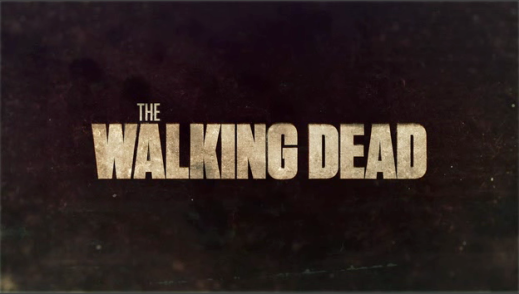 Sunday night saw the season three finale of The Walking Dead on AMC. If you have read my reviews for the other episodes, you may already know that I was really unhappy with how this second half of the season went but was very pleased with the last episode. How did the show fare in the ultimate clash between Woodbury and the prison? And ultimately how well did the episode stand up?

Hit the jump to read the review. Beware the SPOILERS!

“Welcome to the Tombs” should have been the epic culmination of several episodes of foreplay, unfortunately it was far from it. I was confident that they would be able to bring everything back and keep me excited as they have the previous two seasons but, unlike Ricky, I was not a fan of this episode. But I will say that like the season as a whole, the first half of this episode of top notch but the second half left me wanting.

The start of the episode does begin with two of the most consistently interesting characters, Milton and the Governor, going at it. More like the Governor is beating the living shit out of Milton for telling Andrea about the plan. Milton is not the bravest character, but his growth through the season allows him to stand to the beating and actually do what Andrea failed to do all season: he tries to kill the Governor. The Governor repays this bravery by letting Milton walk into his knife several times. The Governor then leaves a dying Milton with a tied up Andrea. I wonder where this will lead.

Moments later, we actually get a moment showcasing Tyreese (far too few this season, in my opinion). While the whole town of Woodbury is gearing up to head to the prison, Tyreese and Sasha make their terrifying stand to not fight. The moment is tense and you can only imagine what the Governor is thinking in his one good eye. Thankfully for the continued appearance of the woefully underused Tyreese, the Governor allows them to stay and protect the children and elderly.

The Woodbury “Army” storm the prison, firing everything they have. Complete overkill to take care of a few zombies, but mysteriously no survivors are in the prison fighting back. But don’t worry, in case the title of the episode didn’t give any indication the “fun” happens when Woodbury makes their way into the tombs of the prison. Woodbury is hit with a flash grenade then the klaxons go off, disorienting the citizen army and attracting walkers. The untrained army run out of the prison under the fire of Glenn and Maggie. 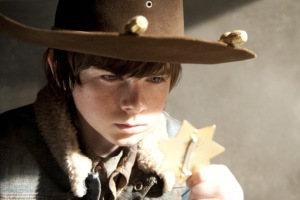 The most bad ass moment from this situation is when Ben runs out to the forest only to run into Carl protecting Judith and others. Carl and Hershel yell for him to put his gun down, but when Ben shows some hesitation Carl shoots him without remorse.

That’s halfway through the episode, the rest gets a little long in the tooth.

When the citizens are retreating, the Governor pulls them over and argues with them. In a final break from the charming leader shown in the first episode, the Governor begins gunning down all the citizens except for Martinez and another henchman (although he mistakenly leaves a survivor in Karen). The drive off into an unknown future.

Have I mentioned this entire time Andrea has been trying to escape by just picking a pair of pliers with her feet while pausing to talk with Milton as he dies and inches closer to becoming a zombie? Throughout the episode she tries to just to justify her actions throughout the season by saying that she did not want anyone to die. A failed excuse for a season of poor character choices.

Rick, Daryl and Michonne try to head off the Governor but discover the massacre. They find Karen and head to Woodbury which is only defended by Tyreese and Sasha. After Karen vouches for the survivors, everyone heads into Woodbury to find Andrea dying after trying to fend off the zombified Milton. We cut back to the prison where a bus full of children and elderly join our group of survivors.

It’s definitely an interesting choice to add these additional character that we may never know the names of. While in cliffhanger fashion we are given a load of questions, there was no statement for the overall story of the season. The season felt like a filler although I’m grateful for the inclusion of Michonne and the Governor as well as the growth of Carl. Hopefully, they can turn it around next season.

The anticlimactic season finale had no sense of finality. The Governor’s escape provides a continuing threat but allowed no resolution to the season. Overall the season began well but wandered until losing its place.