Six New Titles From Vertigo in the Fall

As Neil Gaiman’s Sandman helped usher in the new line of comics as it transitioned from DC Comics proper to their Vertigo line, Morpheus will help usher in a new renaissance at Vertigo. The New York Times has revealed that Neil Gaiman’s Sandman prequel, now titled Sandman: Overture, will begin October 30. But that’s not all. Also on the schedule are six other titles including another Gaiman-inspired book. What are they? Let’s take a look.

Hinterkind – This comic takes place in “a post-apocalyptic world in which the creatures of myth and legend have returned” written by Ian Edginton (2000AD) and art by Francesco Trifogli. 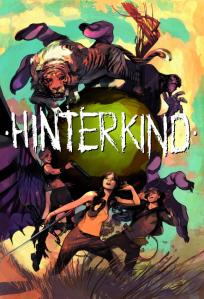 Suiciders – Lee Bermejo tries his hand as both writer and artist in a tale of two boxers on opposite ends of the spectrum in a futuristic Los Angeles.

Check out the Vertigo site for more details.