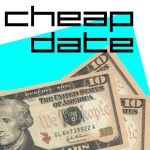 I’m sorry about the lack of a Cheap Date last week, but there was seriously nothing to get excited for (well, maybe a few comics but that was it). Plus I am sure most of you are trying to rewatch The Dark Knight Rises. Either way, this week we actually have a few items that you should consider spending your money on. Remember for Cheap Date, we will keep everything to under $30.

Hit the jump for all the lovely details.

Over at Marvel Comics, the amazing team of Matt Fraction and David Aja reunite for the first time since their landmark run on Immortal Iron Fist. They made that series a must-read for the decade. Even if you did not care for Iron Fist, they made you care. Now they are tackling a fan favorite in Hawkeye #1, this should be good.

Now at DC Comics, the Animal Man and Swamp Thing series are finally crossing over in each book’s issue #12. Jeff Lemire and Scott Snyder, the writers for each book respectively, have worked for year to develope the mythology of the Red,  the Green, and the Rot. These two books will serve as a prelude and catch new readers up to these fantastic horror series. You need to pick up both books.

The Total Recall remake, coming to theaters this Friday, looks to surpass the original in almost every way. Most of the trailers have amazed me and I have been excited for this for a while. The movie looks to combine the science fiction of the false memories with the stylization of Blade Runner and I, Robot. August looks to be filled with all the action blockbusters with Total Recall leading the charge.

Why the question marks for the Games section? Well, all three of the major indie bundles are out this week. If you are not familiar with this, then indie bundles are a set of games that are put out as a pay-what-you-want model. Not only is it pay what you want, you can also decide how to allocate the money (to charity, developers, or the people hosting the bundle). Then if you want to pay more the average, you receive some extra goodies.

Humble Bundle is doing something different this time around and showcasing indie music instead of games. MC Frontalot and Jonathan Coultan are the artists that I am excited about. You have eight days left for this one.

Indie Royale have six games for everyone to go crazy for. My personal favorite out of the bunch is Puzzle Agent which goes for five bucks by itself normally. This one is ending soon in three days.

Indie Gala also has a bundle out this week. While I am not entirely thrilled with the lineup they are providing, Indie Gala usually gives out a good bang for your buck. Not to mention they have yet to reveal the extras if you pay more than the average. This one has a whopping eleven days left.

Anyway, I hope you have fun this week and that this Cheap Date helped you enjoy it. See you next week.