Free Comic Book Day  / California Bookstore Day has come and gone and I must say we made out like bandits. The bookish awesome kind of bandits anyway. This year the CYaN staff took it to the next level and hit up independent bookstores and the local library sale to celebrate. As you can see from the picture the selection is pretty varied. (click on the links to see what was available and more info on what we got).

Click the jump to see what my favorite pieces this year were: END_OF_DOCUMENT_TOKEN_TO_BE_REPLACED

Gillian Flynn really pulled out all the stops when she wrote Gone Girl. It is a story of a husband who is publicly accused of murdering his missing wife. There is more to the story, but it is worth a read and the small details really add to the suspense of the overall story.

The movie is rumored to deviate from the novel which for many of the fans is important. For the non-readers out there here is the trailer for the motion picture starring Ben Affleck and Rosamund Pike as main characters Nick and Amy Dunne. For those of you who have already read it stick around after the jump. Let’s discuss the mixed feeling we have.

Thar be spoilers ahead.

END_OF_DOCUMENT_TOKEN_TO_BE_REPLACED

Firstly, this is not a YA romance novel being marketed as a survivor story. Secondly, the series unravels to reveal a deeper story. Thirdly, well, it is addictive. I read through books 1-5 in a week. It helps that the first two parts of the series are novellas. END_OF_DOCUMENT_TOKEN_TO_BE_REPLACED

This book explorers the world created in the mind and the carnage when it spills out into the physical world that we all share. Joe Hill (Locke & Key) has done an amazing job writing this horrific adventure story. His characters are so believable and have you rooting for them as their personal journeys are impeded by each other and their own flaws. END_OF_DOCUMENT_TOKEN_TO_BE_REPLACED

Fired from his longtime job as captain of the Coal Patrol, two-foot-three-inch, 1,300-year-old elf Gumdrop Coal is angry. He’s one of Santa’s original elves, inspired by the fat man’s vision to bring joy to children on that one special day each year. But somewhere along the way, things went sour for Gumdrop. Maybe it was delivering one too many lumps of coal for the Naughty List. Maybe it’s the conspiracy against Christmas that he’s starting to sense down every chimney.

Either way, North Pole disillusionment is nothing new: Some elves brood with a bottle of nog, trying to forget their own wish list. Some get better. Some get bitter. Gumdrop Coal wants revenge. Justice is the only thing he knows, and so he decides to give a serious wakeup call to parents who can’t keep their vile offspring from landing on the Naughty List. But when one parent winds up dead, his eye shot out with a Red Ryder Carbine-Action Two-Hundred-Shot Range Model BB gun, Gumdrop Coal must learn who framed him and why. Along the way he’ll escape the life-sucking plants of the Mistletoe Forest, battle the infamous Tannenbomb Giant, and survive a close encounter with 12 very angry drummers and their violent friends. The horrible truth lurking behind the gingerbread doors of Kringle Town could spell the end of Christmas – and of the fat man himself. Holly Jolly!

I read this book a few years ago and it is a story I find myself circling back to each holiday season. Every time I see A Christmas Story on TV I think about how the characters fit flawlessly into this story of an elf turned detective. It pulls the right nostalgic strings and also manages to be a fun tale of North Pole Noir. The above summary gives you a pretty good idea of what the book is about, but I feel the amazing way this story references other works is what makes it special. Spoilers, there is a trip to the island of misfit toys! Seriously, give it a shot!

Let’s say that a very important man in an impeccable suit has his index finger hovering over a huge red button. This button is connected to some very  deadly weapons and they are all pointed at the most recent incarnation of Hitler. It is at this moment that a parallel universe is created. In one of the universes the man pushed that button and there is a new divot in the earth’s surface. In the other he chooses peace and puts plan ‘B’ into action. Since you existed in this scenario, now somewhere there is another you! This you will be shaped by his new environment. This you will be slightly different, but essentially the same.

Joey Harker understands this concept better than most because he can Walk between universes and has met the other “hims”. In fact there is a whole fleet of hims! END_OF_DOCUMENT_TOKEN_TO_BE_REPLACED

The Ocean at the End of the Lane: A Book Review 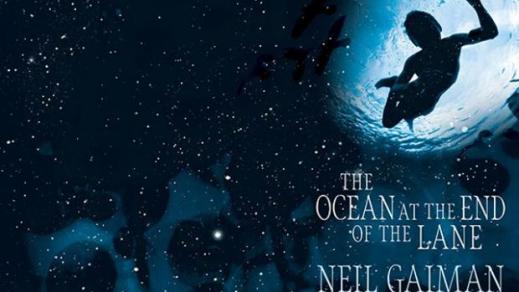 On the surface, the ocean is light and illuminates life just beneath. However, when you dive deeper, the beams of light begin to narrow and you are left amidst the shadows and the creatures that hunt in the uncertainty. The Ocean at the End of the Lane lies just between. You feel as though you are treading between the last rays of light above you, but wanting to know what lies beneath your toes.

The story begins in the light, an artist returns to his hometown for a funeral. He wanders to a farm where his childhood friend Lettie Hempstock lived with her mother, Ginnie, and her grandmother old Mrs. Hempstock. He vaguely remembers the duck pond towards the back of the property and as he approaches it he begins to remember much much more. He is overwhelmed with long forgotten memories of supernatural beings and truths that pre-date the moon hanging in our sky.

No spoilers…. I promise!

END_OF_DOCUMENT_TOKEN_TO_BE_REPLACED 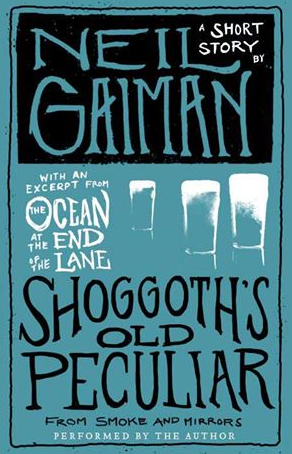 One of the many perks of having an account with Audible is that you get free short stories and excerpts from your favorite authors. This week there is a short story from Neil Gaiman from his smoke and mirrors anthology as well as an excerpt from The Ocean at the End of the Lane.

For you regular readers you know the plot from my previous post, and you also know how excited I am. This excerpt is basically a first chapter of the book and gives us an idea of who the narrator is as well as a better feel for the three Hempstock women.

I am totally against spoilers, but if you are unable to get your hands on the excerpt I have made a vague list with a bit about the book, which I would like to call:

Three not so spoiler-y spoilers: END_OF_DOCUMENT_TOKEN_TO_BE_REPLACED

The Ocean at the End of the Lane. 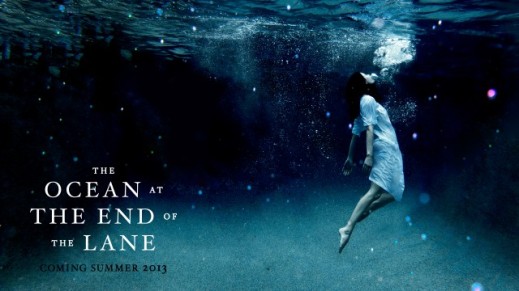 Once upon a time, a young boy lived down the lane from three ladies; a grandmother, a mother, and an 11 year old daughter. The eleven year old is called Letty Hemstock and she claims that the duck pond in their backyard is an ocean. Her mother remembers crossing the ocean from the old country and the grandmother remembers the really old country that was before the big bang. These women are the only hope our young narrator has to overcome the trouble he is in.

I did not need to check the dust cover to know this was the plot of the newest Neil Gaiman book. Gaiman has a distinct writing style that invites the reader into a world that is full of adventure and memorable characters. His writing style is unique because he can take fantastical elements and integrate them into reality in a plausible way. The Ocean at the End of the Lane feels like it will have a solid adventure and the plot already gives us insight to three interesting women.

Gaiman has said that this was a story he hadn’t even meant to write as a novel. It evolved from a short story to a novella then finally his first adult novel since Anansi Boys. He feels that this is something different than anything he has ever written, and this gave him a bit of anxiety. However, with a little help from some lucky advanced readers he was confident enough to release it and now us mere mortals are counting down till we have the same privilege. Be ready to pick up your copy on June 18th this summer.

“I’m so proud of it and hope you will give it a chance, Thank You.”

I am in page-turning love with this author…

transport me. Patrick Rothfuss and Carlos Ruiz Zafon are two of the authors who came out of nowhere, for me, and they are about to have a lady friend to keep them company on my shelves; Tiffany DeBartolo.

I was doing my usual Goodreads search when I came across a comment from an online buddy, she was raving about a book that was so good she had basically highlighted each line. This book is called, How to Kill a Rockstar.

I have finished this book and if I could choose only one quote to prove its worth I guess it would have to be this one:

“Fate is the magnetic pull of our souls toward the people, places, and things we belong with.”

More after the jump (no spoilers).